CBD Oil as an Antibiotic

Antibiotic resistance is a growing concern in healthcare, one that the World Health Organization called a “global health crisis” as far back as 2015. Recent research has suggested that antibiotic-resistant bacteria are highly prevalent in hospital settings so alternatives to antibiotics are being sought globally as a matter of urgency for public health. A growing list of conditions, such as pneumonia and tuberculosis, are already becoming difficult to treat due to this resistance. One possible alternative solution being studied is Cannabidiol (CBD), extracted from the Cannibis Sativa Hemp plant. Some studies are trying CBD oil as an antibiotic.

CBD is a compound of the cannabis plant. It will not make you feel “high” and is one of over 100 different compounds called cannabinoids. CBD is becoming a new tool in the fight against diseases and psychological afflictions. Trusted by millions of people around the world, CBD is becoming more than just a health trend. In the near future, it will become a normal buying option with a range of products from beverages to toothpaste containing it. Read our blog post titled What is CBD Oil and How Does it Work.

What the Science Says About CBD Oil and Bacteria

CBD oil has been shown to possess antimicrobial properties, making it another tool for fighting infection. Although it is not well-understood how CBD fights bacteria, studies have confirmed CBD’s antibiotic properties, which are particularly useful in attacking bacteria that have become resistant to traditional antibiotics. One such study investigated how various cannabinoids, including CBD and tetrahydrocannabinol (THC), affect pathogenic bacteria (1,2). In this study, each cannabinoid was tested against six strains of the antibiotic-resistant superbug, methicillin-resistant Staphylococcus aureus (MRSA).

All cannabinoids showed potent activity against a variety of MRSA strains. These results were encouraging showing that CBD oil can be effective at fighting one of the most treatment-resistant strains of bacteria the field of medicine has ever seen.

Recently, further in vitro and in vivo, animal studies demonstrated that CBD could kill numerous strains of Staphylococcus aureus, including antibiotic-resistant Gram-positive bacterial strains like VRSA, VISA, and MRSA, without showing any resistance to CBD (3,4). These studies showed CBD to be effective at killing Staphylococci, Enterococci and Streptococci bacteria, responsible for some skin, gut and throat infections. CBD has also been found to be effective at disrupting biofilms, a microscopic conglomeration of bacteria, mucopolysaccharides, and waste products which act as a physical barrier preventing antibiotics from stopping bacterial growth.

Researchers from The University of Queensland have shown that CBD is capable of penetrating and killing the bacteria responsible for conditions including legionnaires disease, gonorrhea, and meningitis (3). “This is the first time CBD has been shown to kill some types of Gram-negative bacteria. These bacteria have an extra outer membrane, an additional line of defence that makes it harder for antibiotics to penetrate,” The UQ Institute for Molecular Bioscience’s Associate Professor Dr. Mark Blaskovich reported. The bacteria responsible for gonorrhea is especially adept at developing antibiotic resistance. Currently, there is no single “gold standard” antibiotic for universal gonorrhea treatment.

During an infection, membrane vesicles released from bacteria participate in cell communication and host-pathogen interactions. Studies using CBD with both Gram-positive and Gram-negative bacteria have indicated that CBD may pose as a potent agent for tailored co-application with selected antibiotics, depending on bacterial species, to increase antibiotic activity, including via membrane vesicle inhibition, and help reduce antibiotic resistance (5). This breakthrough in microbiology could ultimately lead to the development of new treatments. Scientists hope that this breakthrough could eventually lead to the production of a new class of non-resistant antibiotics. Or in other words, CBD oil as an antibiotic

These promising, recent developments need further research in animal and human studies as well as more research into the exact mechanism of action of CBD against various micro-organisms. CBD could prove especially helpful for specific conditions due to the combination of antibiotic and anti-inflammatory effects CBD has been shown to give.

Since CBD is an immune modulator, this could, in part, explain its anti-microbial properties. Indeed, this “wonder drug” is proving to be so advantageous to helping the disease state in both humans and animals, that we all need to be taking it! Go to our CBD oil shop to order yours today! 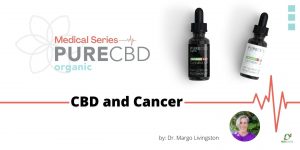 CBD Oil and Cancer – By Dr Margo Livingston   Cancer is the second leading cause of death worldwide and, was responsible for an estimated... Continue reading 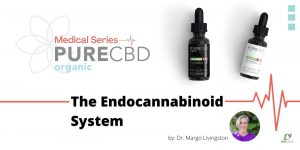 The Endocannabinoid System and how it has a fundamental role in our body’s health and maintenance systems. By Dr Margo – Medical/Scientific Director Pure Organic... Continue reading